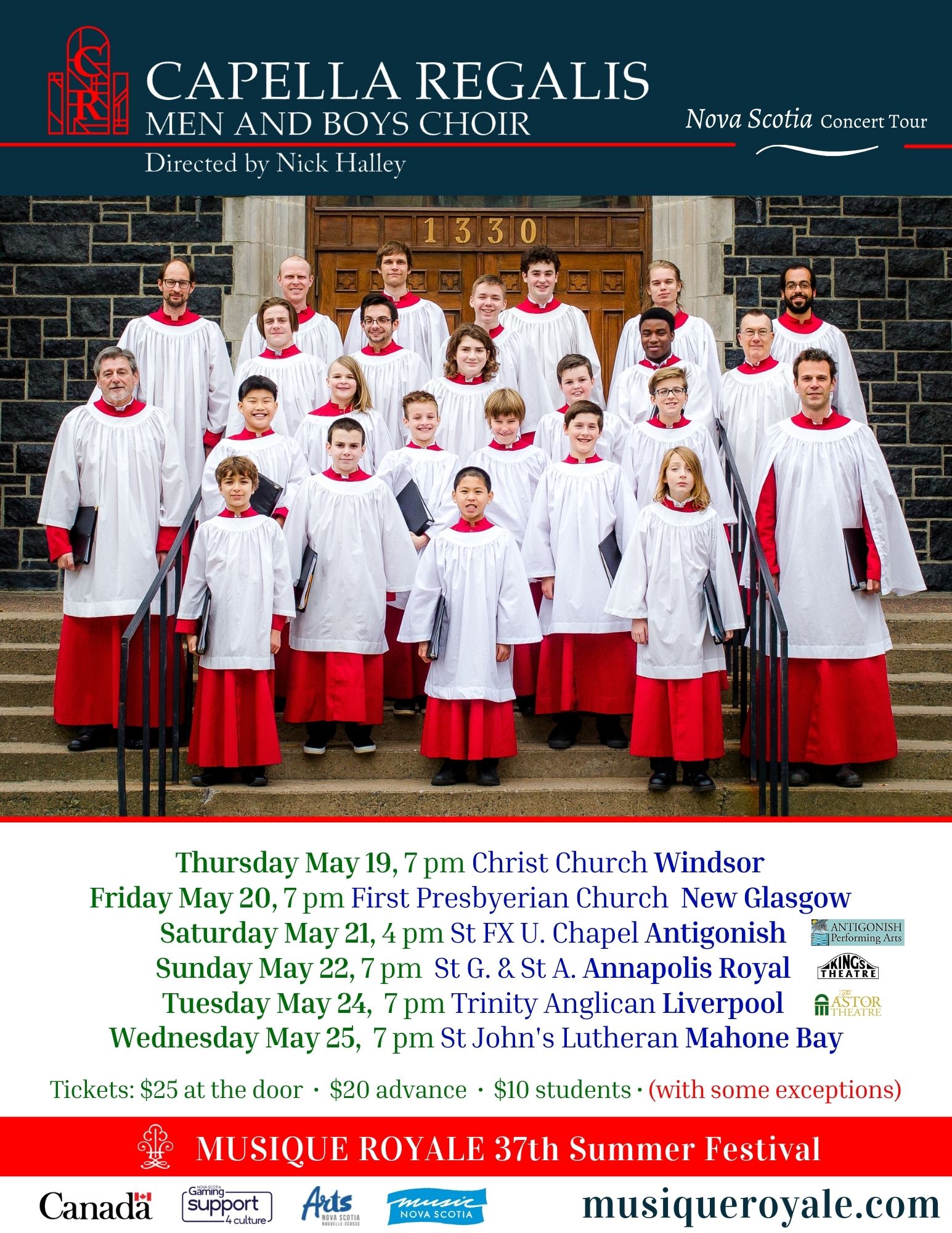 Musique Royale announces a province-wide concert tour featuring Capella Regalis Men and Boys Choir, directed by Nick Halley, across Nova Scotia in May 2022, with six performances held in historic venues in Windsor, New Glasgow, Antigonish, Annapolis Royal, Liverpool, and Mahone Bay. The choir, founded in 2010, has over the years gained acclaim for their uplifting performances that highlight the strength of young voices through radiant interpretations of works from both the sacred and secular choral canon.

Capella Regalis aims to build upon the best aspects of the centuries-old European tradition of men and boys church choirs, and to revitalize this method of music training in Canada. While Canada was once rich with such choirs, Capella Regalis is one of only a handful of men and boys choirs in Canada today. Repertoire highlights on tour include “How Can I Keep from Singing” (American traditional), “Away from the Roll of the Sea” by Allister MacGilvray, “They That Go Down to the Sea in Ships” by Herbert Sumsion, and “Freedom Trilogy” by Paul Halley.