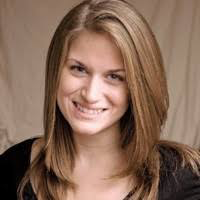 A finalist in the Sir Ernest MacMillan Foundation Award in Choral Conducting (2012) and Leslie Bell Prize for Choral Conducting (2015), Melanie is an emerging leader in Canada’s choral scene. Melanie holds a Bachelor of Music in Voice from Dalhousie University and a Master of Music in Choral Conducting from the University of Alberta.  She has been thrilled to adjudicate choral festivals across South-Western Ontario, and proudly serves on the executive board of Choirs Ontario. Past conducting engagements include: Toronto Children’s Chorus, High Park Choirs of Toronto (now Young Voices Toronto), Chorus Niagara Children’s Choir, Sherwood Park Festival Singers (Alberta), and King’s University College Concert Choir (Alberta). 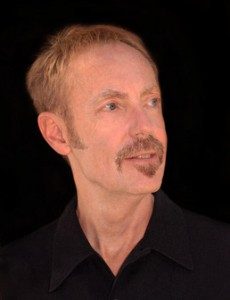 Conductor, composer, pianist and organist, Mark Sirett (b. 1952) is the founding Artistic Director of the award-winning Cantabile Choirs of Kingston, Ontario, Canada.  He is a native of Kingston and holds both masters and doctoral degrees in choral conducting and pedagogy from the University of Iowa.  Dr. Sirett has taught at the University of Alberta, University of Western Ontario and Queen’s University.

Dr. Sirett has won two international awards in conducting: the Jury Prize for Imaginative Programming and Artistry at the 2002 Cork International Choral Festival, and Outstanding Conductor at the 2004 Young Prague Festival.  In 2009 he was the recipient of the President’s Leadership Award presented by Choirs Ontario for his contribution to the choral art in the province.  His composition, “The Stars Point the Way” was honoured as Outstanding Choral Composition 2010 and again in 2018 for “Words, Stories, Truth” by Choral Canada. He has been awarded Distinguished Alumnus of Grant MacEwan University, Edmonton.

As an adjudicator Dr. Sirett served on the Jury of the Cork International Choral Festival in 2009; he has frequently adjudicated choral festivals in Canada including Toronto, Ottawa, Montreal, Edmonton, Calgary and Winnipeg.  He has been clinician adjudicator for SingONtario, SaskSings, ChorFest Alberta and ChorFest Manitoba.

He is former Organist and Music Director of St. George’s Cathedral, Kingston.  Under his direction the Girl Choristers won first prize in the CBC Competition for Amateur Choirs in the Church Choir division. Since founding the Cantabile Choirs in the fall of 1996, the choirs have received numerous distinctions at the regional, national and international levels. Recognized for creative programming, the choirs were awarded ‘Outstanding Choral Event 2010’ by the Association of Canadian Choral Communities for ‘Brown Eagle, Black Raven’, a concert that honoured aboriginal cultures of the world. 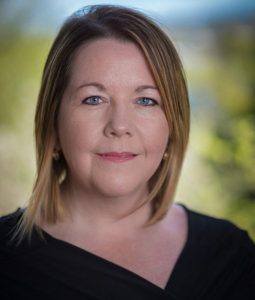 Both choirs have busy performance seasons and are very active in commissioning new works, as well as performing and commissioning arrangements of the folk music of Newfoundland and Labrador.

Kellie also enjoys a busy schedule as a workshop clinician and adjudicator. In August 2009 she was guest conductor for the Nova Scotia Youth Choir summer program and in February 2010, she conducted the first-ever Pan Labrador Youth Choir as part of Festival 500 Labrador. Kellie has worked with such internationally-acclaimed conductors as Maria Guinand of Venezuela, Sir David Willcocks and Alan Hazeldine of London, England, Jon Washburn of Vancouver, Pinchas Zukerman of the National Arts Center Orchestra in Ottawa, and Helmuth Rilling of Germany.

She holds Bachelor’s degrees in both Music and Music Education from Memorial University, in addition to a Master’s degree in conducting, having studied with Dr. Douglas Dunsmore, Dr. Donald Buell, and Maestro Marc David. Kellie serves as a sessional instructor for choral music and music education for Memorial University’s School of Music.

Kellie was named Newfoundland and Labrador Arts Council’s Emerging Artist for 2008, for her contribution to arts and culture in our province, particularly the choral sector. Most recently, in March 2013, Kellie received the Queen Elizabeth II Diamond Jubilee Medal, an award honouring significant contributions and achievements by Canadians.