The Nova Scotia Choral Federation invites members to contact the office or a current Board member with any questions about the work of the NSCF Board, or upcoming projects. Christopher Bowman (M. Mus Memorial University, B. Mus Mount Allison University) enjoys making music in many forms – as a conductor, solo and choral singer, and educator. He is full-time Minister of Music at First United Church in Truro, Nova Scotia, and Artistic Director of the Cantabile Society, where he conducts the Cantabile Singers and co-conducts the Cantabile Boys’ Choir. He also sings with the acclaimed Canadian Chamber Choir, and is an instructor of piano and voice. Chris is active as a baritone soloist; his debut CD “Over Hill and Valley” with pianist David Chafe won Music NS and Music NL awards, and was nominated for an East Coast Music Award.

Chris loves working with singers of all ages and stages, and has conducted community, church, school, and university choirs in Atlantic Canada and Ontario. Chris is sought after as an adjudicator, workshop clinician and lecturer, and in recent years has taught in various university music departments in Atlantic Canada as a sessional instructor. Chris, his wife Laura, and daughters Erica and Meredith live in Valley, NS. 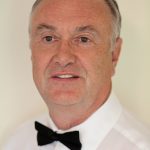 Tom Black is a founding member of Nova Voce, performing in the Bass 2 section. He has served on their board, including terms as chair and treasurer.
From a background in classical piano, his interests have spread to playing guitar both for personal enjoyment and as a rock musician, amateur theatre with Showcase Productions Society performing in a number of their productions and singing in several vocal ensembles.
Tom was organist and choir director at Trinity United Church in Oxford for 8 years and directed an Oxford community choir. He also enjoys dabbling in composing and arranging. 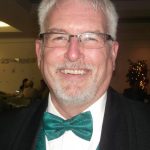 Singing has always been a part Greg’s life. In his younger years, he was in the school choir and took part in many school musical productions with the most memorable being Joseph and the Amazing Technicolor Dream Coat. During high school he was part of the school band where he played the trombone. He has been singing with the City of Lakes Barbershop Chorus for the past 19 years and with Nova Voce for the past 7 years. He has also participated in the Tattoo Choir since 2008 and Jubilate for the past 5 years. Currently, he is singing in the Male Chorus in the production of The Magic Flute as part of the Halifax Summer Opera Festival. Greg is treasurer on the board of directors of Nova Voce he is looking forward to serving on the Board of the Nova Scotia Choral Federation. As a University-educated professional with non-profit experience in a cross-cultural environment, Spencer Gough is dedicated to community engagement and life-long learning with 10+ years’ experience learning, communicating, teaching and supporting others. A dedicated team player, he communicates with peers and stakeholders amicably and analytically, manages competing project timelines, and is quick to adapt to new projects and technologies.
Spencer sings with the Halifax Camerata Singers and has worked at Sing Sing at Youth Choir Camp 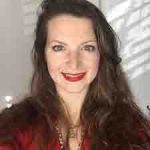 Laura Beth (B.Mus., B.Mus.Ed., O.C.T) is a classically trained musician in voice and piano.  At the tender age of 16 songwriting became a way to navigate her emotions and thoughts.  Her sister sent her into a recording studio on her 19th birthday to record a three song demo.  The first time she ever sang a full set of her own tunes was at the ECMA and JUNO awards showcases in 2002. She recently moved back to Nova Scotia with her young family and is thrilled to be back in her homeland.

​Over the past 17 years she has been working professionally in various combinations as a singer, musical theatre performer, music director, church choir director, community choir director, youth and children's honour choir director, songwriter, composer/arranger, and private and public school music teacher.  She is passionate about bringing people together in song and believes from her very depths that everyone can sing.  Yes, that's right, she said EVERYONE. Wendy LaPierre lives in the Annapolis Valley. She studied voice at Acadia University and has a Music Education degree. When her kids were young, Wendy performed with the Valley based group DonnaWendyAndy and was the music director at Kings County Christian School, as well substituting as music teacher at Annapolis Valley Regional School Board. Now that she has 5 grandchildren, she’s very busy grand-parenting and helping her daughter run Cotton Tale Cafe + Play in New Minas. One of Wendy’s biggest joys is directing the North Mountain Community Chorus and being involved in various musical and theatrical projects around the Valley. An enthusiastic supporter of Cape Breton’s Gaelic music and culture, Danielle can be found at the square dances and live Celtic music events on the Island. Danielle is a music educator with the CBVRSB. She sang with the Cape Breton Youth Choir and continued on with the Cape Breton Chorale. Danielle received a B. Mus. from Mount Allison University, and after a year of teaching in Korea she went to Memorial University in St. John’s Newfoundland for her B. Mus. Ed. When not dancing, Danielle can be found volunteering for Celtic Colours International Festival and other music events on the Island. Over the past four decades in Nova Scotia, Norm has sung with numerous choirs and participated in several special productions including three Symphony Nova Scotia performances of “Beethoven’s 9th” and a special performance of Handel’s “The Lord Nelson’s Mass” under Kathryn Laurin. He was a member for many years with the Elastic Millennium Choir which had released at least half a dozen CDs of music of an historical interest. He has attended international choral festivals in Canada and Europe and has sung under several renowned conductors. Norm is a charter member of Nova Voce, and has been singing with Seton Cantata Choir for more than 30 years. He is currently on the Board of both choirs. Executive Director, Tim Callahan-Cross, is a graduate of the Nova Scotia College of Art and Design with a Bachelor of Fine Arts and the Banff Centre Arts Management Program. As an arts administrator and volunteer he has provided sound management and helped to develop and maintain successful programs and services for our vibrant choral community. He worked with the Nova Scotia Choral Federation as Program Coordinator from 1987 until 1997 when he assumed the position of Executive Director. In 1998 and 2014 Tim helped organize the highly popular and successful Podium biennial conferences of Choral Canada held in Halifax.

Tim is an experienced manager. Prior to working with the federation he owned and operated the acclaimed Halifax restaurant Café Quelque Chose which was reviewed and recommended annually in “Where to Eat in Canada" Canada’s national restaurant guide and was selected as one of Canada’s 100 best restaurants by Enroute Magazine. As a dietetic supervisor at the Halifax Infirmary Hospital Tim helped manage a staff of seventy five chefs and food handlers, set menus and prepare food for both patients and a full service cafeteria. Tim is a qualified fitness and weight training instructor with the YMCA and where he taught fitness for 10 years.

As an adoptive parent Mr. Callahan-Cross has completed Pride Training through Family and Children Services and regularly attends seminars on child behavior, and care. He is frequently asked to present on adoption panels as part of the Pride Training for perspective adoptive and foster parents. He has served as a volunteer on committees and boards of several local choirs including the Annapolis Valley Honour Choirs, Halifax Camerata Singers, Halifax Gay Men's Chorus, and Nova voce,  as well as the Mocean Dance, Nova Scotia Designer Crafts Council, the YMCA, the Family Pride Camping Association, AVASP Care and the Kinap Community Centre. Currently he serves on the board of Cultural Federations of Nova Scotia where he has been president and Treasurer and is a board member of Choral Canada where he chairs the National Youth Choir Committee. Tim makes his home in Bedford with his son Bruno. He has enjoyed singing with a few local community choirs and currently sings with the Halifax Gay Men's Chorus and Nova Voce. Program Coordinator, Ryan Henwood (B.Mus Composition, Dalhousie 2017) is a Halifax-based composer, conductor, arts administrator and choral singer.  Ryan has been with the NSCF since November 2018 and has enjoyed the process of becoming more involved with the administrative side of Halifax's choral community.

Ryan is currently the co-conductor of Spíra with Rebecca McCauley and the Program coordinator at the Nova Scotia Choral Federation. Ryan graduated from Dalhousie University with a Bachelor of Music in Composition in the Spring of 2017 and was the recipient of the University Medal in Music. As a composer, Ryan’s main focus is on the creation of new vocal works- in both solo and choral settings. In the summer of 2017, Ryan traveled to Europe to participate in COSI’s inaugural Opera Creation Lab in Sulmona, Italy. Ryan also competed in the 8th International Antonín Dvořák Composition Competition, where he received the special prize for Best Religious Vocal Piece. In the spring of 2018, Ryan also placed second for his composition, Pulse, in the Eastern Horizon Composition Competition. In addition to conducting Spíra, Ryan is also an active choral singer in the Halifax community. Ryan currently sings with the Halifax Camerata Singers as well as Choirs for Change’s Polaris and Eastern Horizon.

ENotes is a weekly newsletter of member announcements.

Every Donation Helps. The Nova Scotia Choral Federation is both a registered Not for Profit and a Registered Charity.