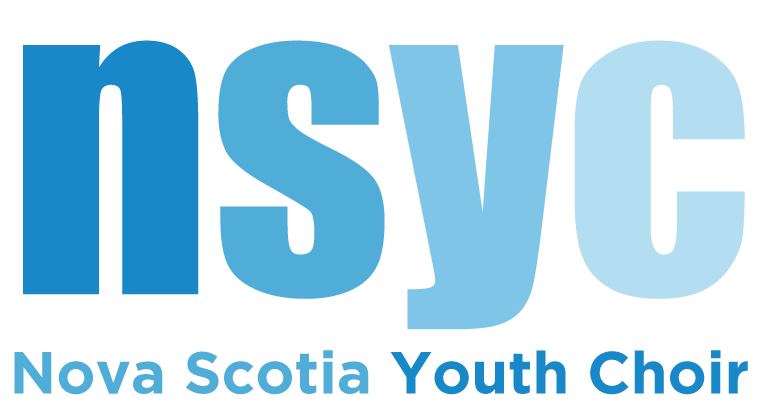 Choristers work with the faculty during two rehearsal periods in May and August. Final rehearsal sessions will be led by the guest conductor and will culminate in performances in Lunenburg, Wolfville and Halifax on September 19 and 20, 2020.

Check out this awesome video all about the NSYC

Christina Murray is artistic director of Xara Choral Theatre Ensemble and head of choral studies at Dalhousie University. She approaches her conducting practice through the voice and is known for her innovative programming and her visionary commitment to decolonizing the choral art form.

• present a piece of music of your own choice
• A short quick study (will be sent to you via email 24 hours before your audition time.)
• engage in a brief music interview, including vocalizing and aural tests

Singers should choose a piece of music they feel comfortable with which demonstrates their musical ability and shows off their voice to its best advantage. Classical repertoire is advised, although not required. Songs listed for music festivals make good choices. Voice quality, presentation and total balance of choral sound are taken into consideration during participant selection.

We will do our best to keep all auditions on April 18th. If there is a high volume of applications, singers may be asked to make arrangements to audition on August 19th.

* Please bring a copy of your music for our audition accompanist

We encourage choristers from outside of Halifax to submit auditions digitally. When you complete your application form we will contact you. Video Files may be sent by email, or a video can be put on YouTube and a link emailed to the office.

• a piece of music of your own choice
• 2 vocalises that show range in either direction
• A short quick study (will be sent to you via email 24 hours before your scheduled recording time.)

**It is expected that all singers prepare their music in advance of the first weekend, and to come to August Camp with all notes/rhythms/text in place, and any memory work or other assignments given by the conductors, completed. Testing in August will be done and singers who arrive without knowing their music may be dismissed from the choir.

"It has been 3 years since I last sang with the Nova Scotia Youth Choir; however I am still to this day, reaping the benefits of what it provided for me as a young musician, and as a young person. The benefits of the program reach far beyond making fine music with other young, enthusiastic singers. It is an opportunity to develop skills which are essential to the life of a musician, to network with some of the leading figures in the Canadian conducting scene, and to feel inherently more human. The ability to sing well in an ensemble has become a means by which I have been able to support myself financially, and has been hugely beneficial for my performances in opera and musical theatre. The NSYC also presents you with the rare opportunity to work with the most prominent conductors, not just of choirs, but also of orchestras and symphonies. The relationships which I was able to develop with these conductors led to professional engagements with their ensembles, which in turn led to further connections and more work. For me, the Nova Scotia Youth Choir was more than just a choir; it was a program of professional development which just happened to also be a whole lot of fun."

“The Nova Scotia Youth Choir provided an enriching musical experience, created wonderful life-long connections, and shaped future endeavors of an entire generation of successful musicians in Nova Scotia. The knowledge and skill demanded of choir members, and the rigorous training, coupled with immensely rewarding performances, nurtures all young musicians in an immensely positive way. The support from the Nova Scotia Choral Federation, the involvement with the Nova Scotia Youth Choir, and the opportunities to seek further national choral experiences (with the National Youth Choir of Canada), were the most influential and important musical experiences of my young life as an aspiring singer.”

General Camp Information and What to Bring

General Camp Information and What to Bring