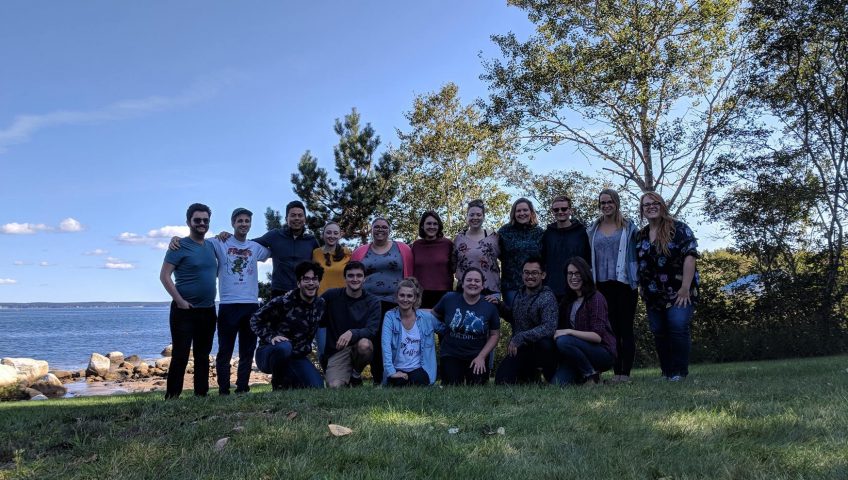 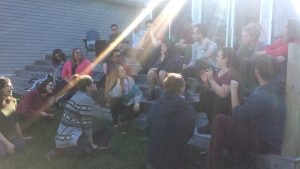 For their second annual retreat weekend, Polaris singers went out to Hubbards to sing, to grow, and to connect.

This year they had the pleasure of being joined by Geung Kroeker-Lee, Artistic Director of Prairie Voices (Manitoba), who was able to be with them thanks to a grant from Arts Nova Scotia.

Between braving the cold waters of Hubbards Cove for a swim and going for walks on the rocky beach, members of Polaris were preparing for their upcoming performance for Nocturne: Art at Night Festival in Halifax on October 13th. They will be performing Jason Noble’s “Furiouser and Spuriouser” every hour, on the hour, between 6pm and midnight at St. Paul’s Anglican Church. As Jason Noble says, this piece is “a musical fairytale about the Internet after Lewis Carroll and René Descartes.”

Under the guidance of Geung Kroeker-Lee and conductor Jack Bennet, Polaris was also busy rehearsing for their upcoming fundraiser on November 2nd. More details about that performance to come!