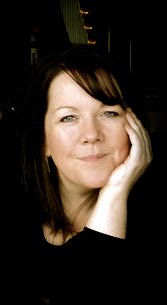 Join us for this exciting children’s program with one of Canada’s best known conductors.

Shallaway is an internationally award-winning and celebrated youth choir. Most recently, the senior ensemble received a first and second place win in the prestigious Llangollen International Music Eisteddfod. At that same festival, the choir received the highest mark overall for all of the children and youth choirs, winning the 2015 Children’s Choir of the World award.

Lady Cove Women’s Choir recently released their second CD, Heart’s Delight. The choir is a two-time winner of the CBC Radio National Competition for Amateur Choirs. In 2008 Lady Cove won first place in the prestigious Béla Bartók Contemporary Choir Competition in Debrecen, Hungary, and was one of 25 choirs in the world invited to participate in the 9th World Symposium on Choral Music in Puerto Madryn, Argentina in 2011. Most recently Lady Cove won two gold medals at the World Choir Games in Riga, Latvia.

Kellie also enjoys a busy schedule as a workshop clinician, guest conductor, and adjudicator, traveling regularly to work with choirs of all genres. Well known to Nova Scotia choristers she was the guest conductor of the Nova Scotia Youth Choir, the New Brunswick Youth Choir, Junior Choir Camp and the choral adjudicator for MusicFest Canada in Ottawa. In January 2016 she presented at an ACDA Children and Youth Choir conference in New Jersey. She holds Bachelor degrees in both Music and Music Education from Memorial University, in addition to a Masters degree in conducting.