The ECMA-nominated Halifax Camerata Singers (HCS) with special guests, Rhapsody Quintet and actor Jeremy Webb are taking Halifax 1917: From Dreams to Despair to the first Edmonton International Choral Festival, June 1-4, as invited guests of Pro Coro Canada. This original production commemorating the 100th anniversary of the Halifax Explosion was first performed before sell-out audience at Halifax Central Library two months ago. Utilizing “letters” imagining correspondence between a young soldier overseas, and his family and friends back in Halifax, the concert portrays a bustling wartime Halifax with marching suffragettes, vaudeville houses and concerts in the Public Gardens. Poignant compositions, including commissioned works by Paul Halley and Chris Palmer, give a contemporary take on some events of the era. Some comments from audience members at the March premiere: “what incredible work and a privilege to attend,” “best concert I’ve ever been to,” “brilliant concept and a magnificent production,” “beautiful music, singing, narrative, projections – bravo to all!,” “I was truly moved.”

Camerata’s performance is on Friday, June 2 at 8:00 p.m. at All Saints Anglican Cathedral in Edmonton. Other performers throughout the Festival are the host choir, Pro Coro Canada, and Sweden’s Voces Nordicae as well as a massed gala choir. Artistic Director Jeff Joudrey commented “We wanted to tell a Nova Scotian story in Edmonton, and were delighted when the Artistic Director of Pro Coro Canada, Michael Zaugg, accepted our suggestion of taking the Explosion show to a Western audience. We are also so excited to perform with Pro Coro and Sweden’s Voces Nordicae and to work with master choral conductor, Robert Sund.”

The concert concludes with a work commissioned for the choir and Quintet by Halifax composer Christopher Palmer, utilizing a text by former Alexander MacKay School principal, DM Matheson. Palmer discovered the poem in the rare books section of the 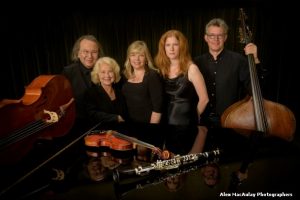 Halifax Public Library, and is travelling to Edmonton for the Festival.

Halifax 1917: from Dreams to Despair has been updated to include Camerata’s newest commissioned work, I Lost My Talk, with text by the late Mi’kmaq poet, Rita Joe, commissioned from Canadian choral composer, Jeff Enns.