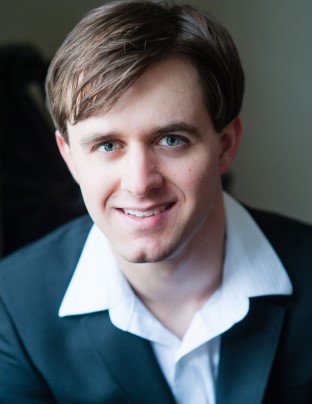 The Prize recognizes a voice student who demonstrates exceptional talent and significant promise for an international career.

Marcel performed on November 25 with the other three finalists as part of the final round of competition. His musical collaborator was pianist and Talent Trust music scholarship recipient Dakota Scott-Digout, who also studies at McGill.

Marcel is a Talent Trust voice scholarship recipient who won the Talent Trust Portia White award in 2013. Originally from Merigomish, Nova Scotia, Marcel is in Montréal to complete a Graduate Diploma in Performance.

Marcel has performed across Canada, singing the roles of Edgardo in Lucia di Lammermoor with Opera McGill, Il Podesta in La Finta Giardiniera with Opera Nova Scotia, and Rodolfo in La Boheme with Opera Saskatoon. He toured with Jeunesses Musicales du Canada as the title role in Gounod’s Romeo and Juliette as well as Alfredo in La Traviata.

Established in 2015 and awarded annually, the Wirth Vocal Prize brings the winner a $25,000 cash prize and a 14-karat Wirth Prize lapel pin.