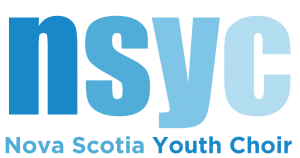 We are excited to announce 2017 will be Rachel Rensink-Hoff will be joining us as Guest Conductor for NSYC 2017 and Christina Murray  will join Ross Thompson as a Resident Conductor.  Audition Registrations for the 2017 choir will soon be announced.  Dates can be found on the NSYC page of the NSCF website.

The rehearsals for the tour weekend will take place in HRM this year and the concert weekend will once again feature a three concert tour!

Dr. Rachel Rensink-Hoff is Assistant Professor of music and director of choirs at McMaster University, where she teaches courses in conducting, vocal-choral pedagogy and music education. She is cond 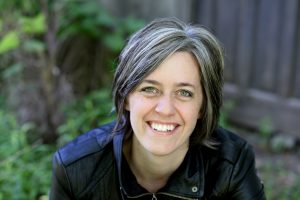 uctor of the McMaster University Choir and founding conductor of both the Women’s Choir and Chamber Choir. Prior to her appointment at McMaster, she taught at The University of Western Ontario where she completed both her Doctora
te in Music and Masters in Choral Conducting, with additional choral studies at the Eastman School of Music Conducting Institute, the Voice Care Network of St. Johns University, Minnesota, and the University of Toronto. She has engaged in masterclasses under conductors Anton Armstrong, Helmuth Rilling, Joseph Flummerfelt, Dale Warland and the late Sir David Willcocks.

Past-President of Choirs Ontario and Vice-President of Programming for Choral Canada, Rachel is the 2014 winner of the prestigious Leslie Bell Prize for Choral Conducting awarded by the Ontario Arts Council. Under her direction, the McMaster choral program has steadily gained recognition in the Hamilton arts community and beyond for its inspired performances. In 2015, her McMaster Women’s Choir was awarded first prize in the 2015 National Canadian Choral Competition for Amateur Choirs of the CBC and Choral Canada. That same year she was also nominated for the Excellence in Teaching Award at McMaster University. An active member of the McMaster Institute of Music and the Mind, her current areas of research include conducting gesture, empathy through singing, and Canadian choral music. She publishes regularly in the Choral Journal of the American Choral Directors’ Association as well as in Choral Canada’s Anacrusis and The Canadian Music Educator. She works frequently as guest conductor, adjudicator, conference presenter and workshop clinician. In March of 2017 she presents a session on the works of Canada’s female choral composers at the National Conference of the American Choral Director’s Association.

Christina Murray is a choral conductor and vocal pedagogue based in Halifax, Nova Scotia. She approaches her conducting practice through the voice and is widely known for her award-winning and innovative work as artistic director of Xara Choral Theatre Ensemble. She is also the director of the Dalhousie University Chorus and conducts the Bay Chorale, a joyful community choir in the Peggy’s Cove area.

Christina holds an honours undergraduate degree in music (voice/conducting) and philosophy from Mount Allison University, has done graduate work in feminist liturgical practices, and has subsequently studied conducting with Diane Loomer, Jon Washburn, Michael Zaugg, and Elise Bradley. Also an active and accomplished choral singer, as a young person she was selected for two tours with the National Youth Choir of Canada and she now sings with the Canadian Chamber Choir.

Christina served as head of choral studies at Kodaikanal International School in South India from 2002-2004 and was resident conductor of the Nova Scotia Youth Choir in 2005 and 2006. Today, she lives in Boutilier’s Point with her spouse, her baby son, Phinean, and their two dogs.