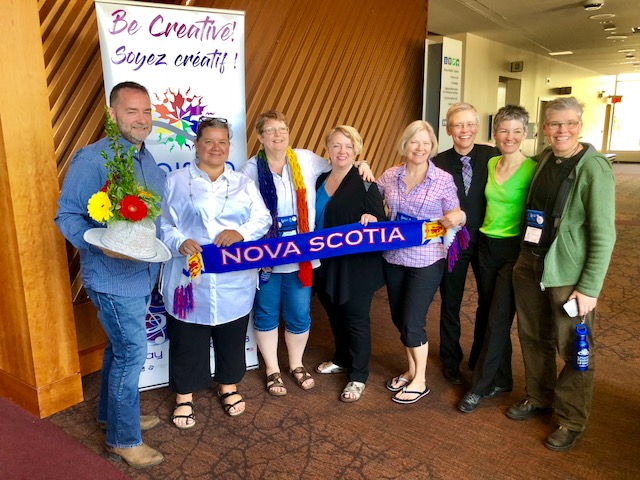 The Unison Festival began in Edmonton in 1998, after the then artistic director of Edmonton Vocal Minority, David Garber, suggested a weekend choral festival to bring together Canadian LGBTQ choruses, who may not otherwise be able to attend the week-long GALA festivals that take place in the United States. Quickly gaining the support of the Edmonton LGBTQ community (the city’s Pride Day was even moved in order to coincide with the festival), the inaugural Canadian GALA Choruses Festival ’98 proved to be a resounding success, bringing together 15 choruses from all across Canada, eager to return for another festival. Since then the festival has been presented every four years. During the 2010 festival, the decision was made to create a formal national Unison organization, in order to develop and maintain formal guidelines regarding the hosting of futures Unison events. Unison has taken place in in Edmonton in 1998, Toronto in 2002, Vancouver in 2006, Winnipeg in 2010, Ottawa in 2014 and most recently in Calgary this past weekend. In Calgary, the Women Next Door, a Halifax based chorus, presented and won the bid to host Unison 2022 in Halifax! Partnering with the Nova Scotia Choral Federation, Choirs for Change and Xara Choral Theatre Unison will take place in Halifax as The Women Next Door celebrate their 30 Anniversary. Artistic Director Willi Zwozdesky, Vancouver, is no stranger to us on the east coast and is very excited that Unison 2022 will be hosted Nova Scotia!